Home > e4s Blog > Student Jobs – Is The Drop In UK Unemployment Good News? < Back to blog

Student Jobs – Is The Drop In UK Unemployment Good News?

The biggest drop in unemployment since close to the beginning of the century seems like great news for the economy as a whole, but what will it mean for student jobs? And what affect will it have on the number of graduate vacancies available?

Do the figures suggest that there will be more opportunities for students and graduates? Or will the trends in the wider economy not pass through to the sorts of vacancies that attract people in education?

In this blogpost, we will try to get behind the headline figures to see what the outlook might be for student jobs and graduate schemes in the coming months.

New figures released  today by the Office for National Statistics (ONS) have shown that unemployment dropped by over 80 thousand in the period from August to October, taking the total number of people officially classed as out of work in the United Kingdom to a fraction over 2.5 million.

On the surface, the new ONS figures seem like fantastic news…

However, the number of part time jobs available during the three months actually dropped by around 4,000. This could be discouraging news for students hoping to gain work experience and pick up a bit of extra spending in the coming months.

Maybe – but, then again, maybe not…

It’s a bit of a mixed bag actually….because the good news for students is that the total number of part time jobs available in the UK economy is still at close to record levels.

Hopefully, that should mean that there is still plenty of opportunity for students at college and university to find bar jobs, waiting on staff opportunities and other part time work and holiday jobs. 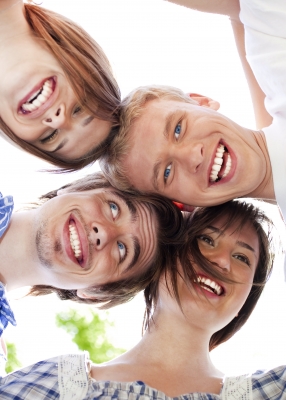 But what about those who are coming to the end of university or have already graduated? What does the future hold for them?

Perhaps the most encouraging news for young people as a whole, though, is that the number of people aged 16-24 and listed as unemployed dropped by over 70,000 to 945,000. Still way too high of course, but at least the figure is moving in the right direction.

Let’s hope the trend continues and that the news of the biggest drop in unemployment since 2001 does in fact translate into more jobs for students, graduates and other young people…

Mark Hoban, Minister for Work and Pensions, said of the ONS figures which were released today: “We see more people looking for work and actually finding work, so I think there’s a really strong labour market there. I think there’s more flexibility in the labour market, although this month we’ve seen a big increase in full-time jobs and no movement at all in the number of part-time jobs.”

What do you think about the way the student jobs market is heading? Let us know in the comments below.